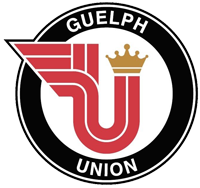 The win was United’s first road victory. It had won its league debut and home opener 6-0 over FC London at Alumni Stadium a week earlier.

A goal by Jace Kotsopoulos on a penalty kick in the second half was the lone goal of Friday’s game. The kick was awarded after Tomasz Skulblak was fouled in the penalty box.

Svyatik Artemenko recorded the shutout for his second clean sheet of the season.

In their season opener, United led London 2-0 at halftime before Kotsopoulos scored three consecutive goals in the second half. Alexander Zis, Lucas Doros and Skublak collected the other goals for the locals.

Three of United’s next four games are home matches at Alumni Stadium. That includes their next two as they’re to host Windsor TFC (0-1-0) Aug 14 and ProStars Brampton (0-1-0) Aug. 21. Both games carry 1 p.m. game times.