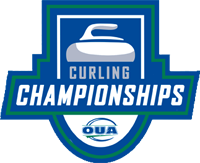 Gryphon curling men to play at U Sports national tournament

GUELPH – The Guelph Gryphons men’s curling team claimed a berth in next month’s U Sports national championship tournament by winning bronze at the OUA championship meet Monday at the Guelph Curling Club.

The Gryphs had qualified for the tournament’s playoff round thanks to winning a three-team tie-breaker for the final spot in the playoffs that used the last-shot draw.

Guelph had lost its semifinal 5-3 to the Laurier Golden Hawks earlier Monday.

Laurier advanced to the gold-medal match where the Golden Hawks rallied from a 3-0 deficit with points in four consecutive ends for a 6-3 win.

The Gryphon women also reached their bronze-medal match, but they suffered an 8-1 loss to Laurier. The Golden Hawks took control of the match with four in the fourth that gave them a 6-1 lead.

Like the Gryphon men, Guelph’s women’s team had also qualified for their spot in the tournament’s playoff round by winning a three-team tie-breaker that used the last-shot draw.

The Gryphon women had come close to qualifying for the national tournament in the semifinals, but they were edged 5-4 in an extra end by the Queen’s Gaels. The Gryphs scored two in the eighth end to force the extra end.

The McMaster Marauders completed an unbeaten run through the tournament to claim the women’s title with a 7-5 win over Queen’s.

The medal winners in both gender categories qualify for the U Sports championship tournament March 11 to 15 at Portage la Prairie, Man.

The OUA medalists are to be joined by three Canada West teams and two Atlantic teams in each category.

Alberta (Pandas in women’s play and Golden Bears in men’s play), Regina Cougars and Brandon Bobcats are to represent Canada West in both the men’s and women’s categories at the national tournament.

Dalhousie Tigers are to represent the Atlantic conference in both men’s and women’s play. They’re to be joined by the Memorial Sea-Hawks in the men’s category and the New Brunswick Varsity Reds in the women’s category.