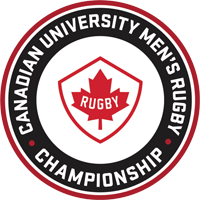 KINGSTON – The Guelph Gryphons will play for a medal Sunday at the Canadian University Men’s Rugby Championship tournament at Nixon Field on the Queen’s University campus.

The Gryphs assured themselves of a spot in a medal game Wednesday with a 34-5 victory over the Calgary Dinos in the quarterfinals.

The Gryphs scored their first of six consecutive tries in the game’s second minute and never looked back.

Six players scored tries for the locals as Jacob Ince, Max Goodwin, Evan Raymond, Alex Williamson, Ben Clack and Alex Chaffey each touched the ball down in the Calgary endzone. Aria Keshoofy and Darian Hirst each kicked a convert.

Adham Young scored the lone try for Calgary in the 62nd minute after the Gryphs had finished their scoring.

The other quarterfinals saw the UBC Thunderbirds drop the RMC Paladins 66-0, Queen’s Gaels slip by Concordia Stingers 38-22 and the Victoria Vikes down the Dalhousie Tigers 72-0.

The Gryphs won the OUA title with a victory over Queen’s in the final while RMC is in the tournament as the third OUA entry. Dalhousie took the Maritime title while Concordia won the Quebec championship. Calgary prevailed in the Western championship while UBC qualified as the top university team in the Coastal Cup and Victoria was the second university team in that B.C. competition.

The Gryphs are to play Victoria in the second semifinal Friday at 7:30 p.m. UBC and Queen’s are to clash in the first semifinal at 5 p.m. The teams that advanced to the semifinals were the top four seeds in the tournament as UBC is seeded first, Guelph second, Victoria third, Queen’s fourth, Concordia fifth, Dalhousie sixth, Calgary seventh and RMC eighth.

Friday’s semifinal winners advance to the gold-medal match set for Sunday at 3:30 p.m. while the losers are to play in the bronze-medal game at 1 p.m.

The championship has never been won by a team based outside of British Columbia. UBC won the inaugural championship in 2017 at Guelph’s Alumni Stadium and repeated as champions in 2018. Victoria won it in 2019.