Ubene completed the eight-kilometre event in 24 minutes, 27.5 seconds to cross the line 1.1 seconds ahead of Thomas Fafard of the host Laval Rouge et Or. 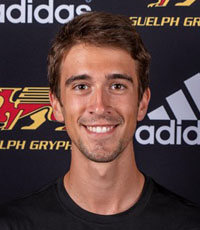 It was Ubene’s second consecutive medal finish in the national event as he had been second in 2019.

Laval took the men’s team total with 62 points to finish five ahead of the runner-up Gryphs. McMaster Marauders were third at 79.

Kiana Gibson of the Gryphs was eighth in the women’s eight-kilometre race Saturday as she finished in 29:09.0 while teammate Olivia Roussel was 10th in 29:17.3.

The Gryphs finished third in the women’s team standings with 119 points. Laval was the runaway winner with 35 while the Western Mustangs were second at 106.

There were 126 finishers in both races.