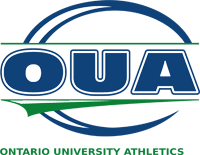 Gryphons, rest of OUA on pause until at least Jan. 24

GUELPH – The Guelph Gryphons and all other Ontario University Athletics teams had their winter seasons put on hold Friday due to the COVID-19 pandemic.

No league games are affected until January as the Gryphons and all other OUA teams are in their exam and Christmas break.

The OUA announced Friday that their winter schedule would be paused until at least Jan. 24.

The Gryphs are to have several games fall into the pause.

They include three home games apiece for the men’s and women’s basketball teams as they were to have hosted the Algoma Thunderbirds Jan. 14 and 15 and Laurier Jan. 19. Both teams were also to have played at Laurier Jan. 22.

The women’s hockey team has four games on hold – Jan. 12 vs. Laurier at Waterloo, Jan. 15 at home against Laurier, Jan. 19 at Western and Jan. 22 against Western at home.

The men’s and women’s volleyball teams each have two games on pause – Jan. 16 against Windsor and Jan. 22 against Waterloo, both at home.

Nordic skiing is to have the Mono Nordic Invitational Jan. 22 postponed.

The track and field team is to have two meets postponed. They’re the Windsor Can-Am Meet at Windsor Jan. 7 and 8 and the Fred Foote Classic in Toronto Jan. 15.

Wrestling meets falling under the pause are the Brock Open Jan. 15 and the Guelph Open Jan. 23.