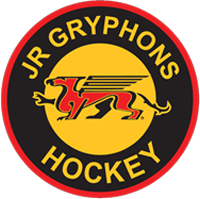 Hayden Sabourin and Max Oldacre have split the goaltending chores. Sabourin has a 2.20 goals-against average while Oldacre’s GAA is 2.50.

Next game for the Junior Gryphs is Friday when they’re again to play Oakville at Joshua’s Creek Arenas. Game time is 9 p.m.

The Junior Gryphs are to host Southern Tier Sunday at 5:15 p.m. at the Gryphon Centre.