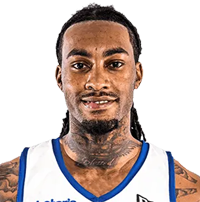 GUELPH – Guard Cat Barber of the Guelph Nighthawks of the Canadian Elite Basketball League has signed a 10-day contract with the Atlanta Hawks of the NBA.

Barber led the Nighthawks in scoring during the 2021 season with 17.6 points per game and he was also their assists leader with 4.4 per game.

He also averaged 3.9 rebounds and 32.4 minutes per game while shooting 46 percent on field goals, 30 percent on three-pointers and 65 percent on free throws in 13 games with the Nighthawks. He had six games where he topped 20 points including his season-high 30 against Hamilton July 3.

Barber played four seasons of NCAA basketball at North Carolina State and has played for a variety of professional teams since.

He started 2021 with Mitteldeutscher of the German Basketball Bundesliga before joining the Nighthawks. Following the CEBL season, he rejoined the College Park Skyhawks of the NBA G League. He had also played for the Skyhawks in 2019.