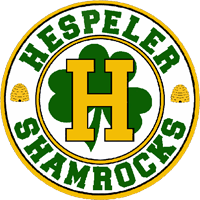 DUNDAS – The Hespeler Shamrocks opened the Provincial Junior Hockey League playoffs with a 4-3 victory over the Dundas Blues Thursday night at Dundas’s Market Street Arena in the first game of their Bloomfield Division quarter-final series.

The Shamrocks scored the first three goals of the game in the first 15 minutes on their way to the win. Hespeler never gave up the lead as the Shamrocks were ahead 3-1 at the end of the first period and 3-2 after the second.

Austin Reilly scored twice for the Shamrocks while single goals were added by Matthew Hayward and Kyle Wagner. Devin Schneider set up two of the goals while single assists were awarded to Tony Tikel, Matthew Diebolt, Brett Hartin, Wagner and Josh Houston.

Andrew Salt, Scott McLaren and Connor Noonan each had a goal for Dundas while assists went to Ryan Ellis, Will Thomas, Mark Benn and Adam Kozlowski.

Dundas outshot the Shamrocks 39-35, but the Blues were scoreless on four power plays while Hespeler was 1-for-3 on its power play.

Gavin MacLeod had 36 saves for Hespeler and Nolan Verardo had 31 for Dundas.

Second game of the series is set for Saturday at Dundas. Game time is 7:30 p.m. Game 3 is to go Sunday at 3:30 p.m. at the Hespeler Memorial Arena.