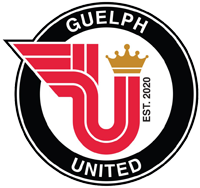 United shot ahead with a pair of goals by Jace Kotsopoulos in the first half before Tomasz Skublak completed their scoring early in the second half.

“I am very pleased with our team’s performance and the result since a win today was crucial,” Kotsopoulos said in a news release. “Not only did we clinch first place in our first season, but now we are entering playoff on a solid win (with) lots of confidence for the playoffs.”

Kotsopoulos opened the game’s scoring eight minutes into the match, but Sigma was quick to tie it as the hosts tallied a minute later.

United shot ahead for good 20 minutes later when Kotsopoulos potted a penalty-kick goal for his league-leading 15th goal of the season.

Skublak completed the scoring when he netted his 10th of the season.

United finishes the regular season atop the West Division at 10-2-0 while Sigma will finish fifth in the eight-team division at 4-6-3.

By finishing first, United will host a league semifinal against the defending champions, Master’s FA of Scarborough. Master’s finished second in the East Division at 6-3-3.

Vaughan Azzurri, first in the East at 11-0-1, will host the West’s second-place finisher in the other semifinal. Blue Devils FC (8-1-2) of Oakville and FC London (8-3-0) are to play Sunday afternoon in Oakville with the winner finishing as runners-up in the West. If they tie, Blue Devils will finish second.

United and Master’s are to play in their semifinal next Saturday at 5 p.m. at Alumni Stadium.